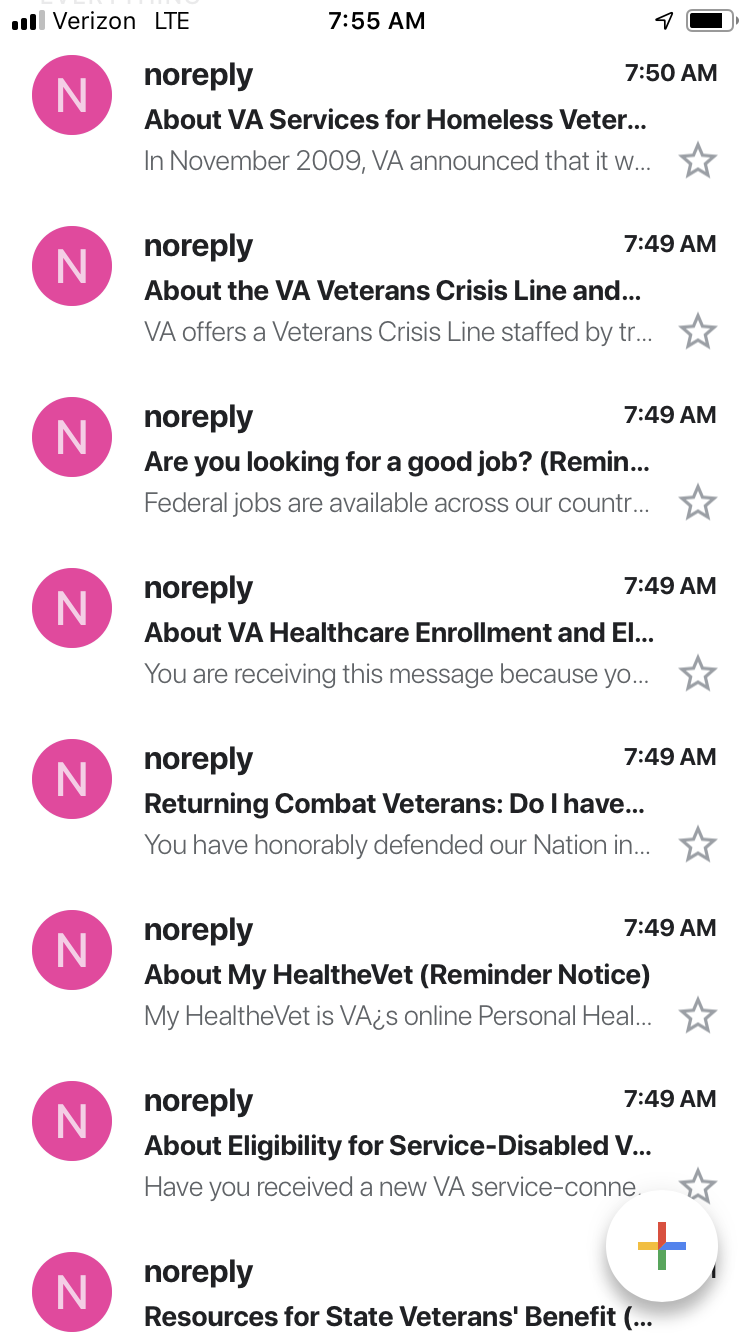 I hate it when people say a joke, no one laughs, then say it a second time assuming no one heard it.  We heard you.  We just don’t care about what you said.

That’s the behavior Veterans Affairs (VA) is taking with their email strategy.  This is the definition of marketing by committee.  I don’t know how many email engagement meetings it took to produce a strategy this bad, but wow!  The inbox screenshot belongs to my co-worker.  These are all emails he received this morning – unfiltered.

Here’s a few ways to avoid this nightmare of an inbox.

This screenshot doesn’t even show all the emails he got sent this morning.  Instead of sending a bunch of separate messages one after another, group them logically into one, easy to consume email.  For example, the VA could easily group their emails about services available to veterans, using a subject line that doesn’t start with “About VA…” – can they be any less engaging?

Pay attention to your automation

Who allowed 8+ emails to go out to one person within a 2-minute time frame?  I don’t hear from my boss that often?!

Set up logic in your automation system to make sure you’re not spamming your email list.  They should never hear from you this much.  It dilutes your message and teaches people to ignore you, which is bad if there is critical transactional emails going out too.

Come up with a better name

Who is “noreply”?  I get that the VA doesn’t want 30,000 people responding to their emails, but they could just make the return address say noreply.  The name itself should at least tell me who is emailing me, and better yet, make me feel more encouraged to engage with your message.

I could go on forever on how bad this email strategy is.  People don’t repeat their mistakes.  Do you get mails from an organization that just doesn’t get it?  I’d love to hear about your experiences.  Share them with me in the comments or reach out on Twitter at @BinkMarketeer.